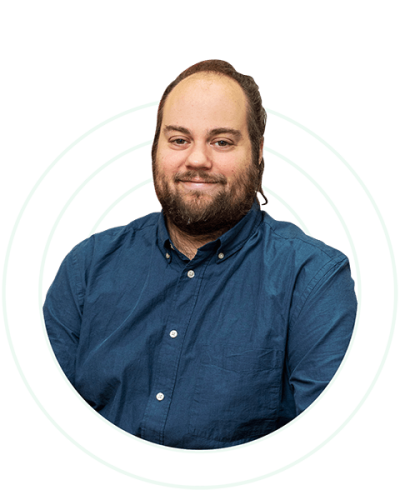 Richard’s objective, patient and tenacious approach to problem solving makes him an invaluable part of the Infotex development team.

“I enjoy working as part of a close knit company where everyone collaborates as part of a supportive and creative team.”

Richard joined Infotex in 2004, the same year he graduated from the University of Leeds, where he studied Computer Science.

As Lead Developer at Infotex, his current role consists mainly of DevOps, backend software development, systems integration, and guiding other developers on the team. He appreciates the large variety of Infotex clients with projects of all types and scales, and, being a talented developer, especially enjoys the large, challenging projects.

Outside of work, Richard’s hobbies range from electronics, DIY and video games, to travelling, backpacking and camping. And, of course, he loves a good walk through the Suffolk countryside (who doesn’t!).