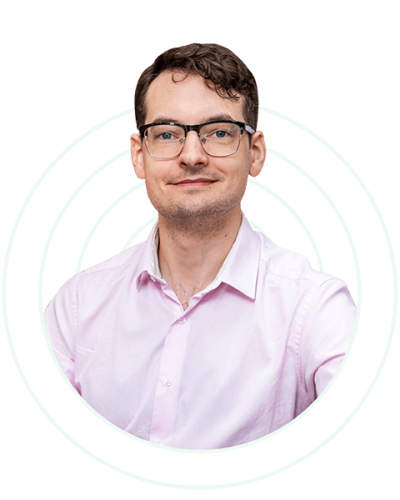 As a web developer, Joshua's sites may be beautiful, but the main aim of his work is functionality. He takes the designer's ideas and makes them a reality, and takes sites we've already built and optimises them to work as quickly and as stably as possible.

Joshua joined Infotex in May 2015 as part of the team working for Creative Intent, which has now merged with Infotex. He enjoys investing effort in making sure our backend code and processes are efficient, secure, and follow the best practices wherever possible.

Joshua started learning to program in high school, with hopes of making games. This led him into an interest in computer graphics and writing efficient code. After sixth-form, he got a job as a developer at a small company writing varied bespoke code—from airport bag-weighing machines to subtitling hardware network integrations. The web experience that he also gained there allowed him to move into web development fully when he joined Creative Intent in 2015.